(CNN)The Food and Drug Administration has lifted its lifetime ban on accepting blood donations from men who have had sex with men.
"The FDA is changing its recommendation that men who have sex with men (MSM) be indefinitely deferred . . . to 12 months since the last sexual contact with another man," the administration announced Monday.
This final guidance from the FDA is the culmination of several years of scientific research as well as consultation with external advisory committees and other government agencies.


"We have taken great care to ensure this policy revision is backed by sound science and continues to protect our blood supply," FDA Acting Commissioner Stephen Ostroff, M.D. said.
The lifetime ban of blood donations from gay and bisexual men was implemented by the FDA in 1983 at the start of the AIDS crisis, when little was known about the spread of the disease.
"The United States government has to stop reacting to HIV like it is the early 1980s," said Kelsey Louie, CEO for Gay Men's Health Crisis said. GMHC is the nation's leading provider of HIV and AIDS care.


"It is time for the FDA to implement a policy that is truly based on science, not blanket bans on certain groups of people," Louie said.
In 2006, the AABB (formerly known as the American Association of Blood Banks), America's Blood Centers and the American Red Cross said in a joint statement that the lifetime MSM blood-ban was "medically and scientifically unwarranted" and urged the FDA to modify blood donation policies so they are "comparable with criteria for other groups at increased risk of sexual transmission of transfusion transmitted infections."
The Human Rights Campaign called the change a "step in the right direction," but said the new policy, "still falls short of a fully acceptable solution because it continues to stigmatize gay and bisexual men."


Dr. Peter Marks, deputy director of the FDA's Center for Biologics Evaluation and Research, said the yearlong celibacy requirement for MSM is supported by scientific evidence relevant to the U.S. population.
"In reviewing our policies to help reduce the risk of HIV transmission through blood products, we rigorously examined several alternative options, including individual risk assessment," Marks said.


In addition to changing the lifetime ban for homosexual and bisexual men donating blood, the FDA also made recommendations regarding "donor educational materials, donor history questionnaires and accompanying materials, as well as donor requalification and product management procedures," the release said.
Part of the donor history questionnaire asks that transgender individuals self-identify and self-report for the purpose of blood donation. 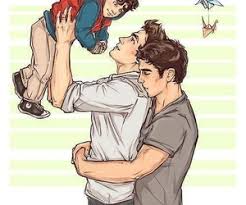 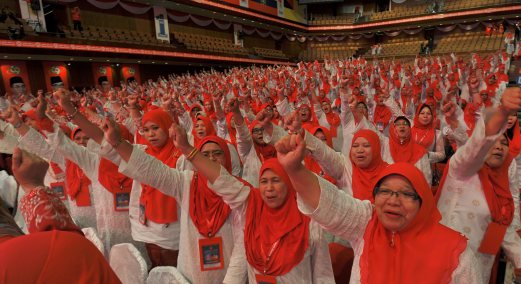 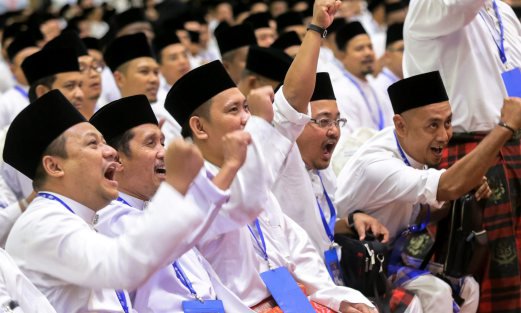 Mob of sheep baa-baaing their leader, although the leader is leading them to deep shit hole.
Oh wait...he's innocence until proven guilty right?
Yeah, who can blame them. They might be paid to get all so enthusiastic to the guy (their leader) whom had, for the love of dignity, being called to New York for an investigation of large 'meddling' of a sovereign wealth fund that he oversees. SUCH A SHAME!!
And local sheep would not want to accept the reality of it. Maybe half of them don't even read out of their mainstream.

Just so you sheep know; and I will repeat it again and again --your beloved protagonist was couple of months ago had to kowtow to American's Justice Department that investigates international corruption.
Although these Americans doesn't give a bull and crap about what's going on in your own backyard, they are actually acting after receiving some brave men reports and is focusing on properties in the US that were purchased in recent years by shell companies that belong to his stepson as well as other real estate connected to a close family friend.

Investigators are also looking at a $681 million payment made to what is believed to be his personal bank account.

I have had a couple of occasions during 'touching-base' visit to extended family; normal chit chat led to political talk.
Mind you in  both occasion; these are people who i) very active in real politics and is close to some people up there; and ii) who is quite close to those who run (not technically) one state of the country.
The fact that both do not know about supplemental stories of his (Najib) stepson extravagant lifestyle and activities back in the States and NOT even knowing about the super-complete-of-all- vices movie The Wolf of Wall Street; it got me thinking what do these people actually know.
To what extend is their exposure of the real goingons?
Or is it because they are being the typical "frog underneath coconut shell" (this is my direct translation to the Malay proverb which means frog which stays under a coconut shell will think that the shell is their world -- even though we know that frog DO NOT live under a coconut shell. For whatever reason behind the proverb-- sometimes I think Malay people those days do not do lots of research before creating a good useful proverb) Thus the frog will live life without any  knowledge of things or happenings outside of it's 'world' and remains ignorant but is happy with it.

The most astonishing part was remark from one of them; who is the one that's quite active politically -- his claim of the current economy and people are happy and everything is well and okay (with an absolute proud UMNO face) got me taken aback. Really.

Truth be told. He was so darn oblivious.
Perhaps that views were the actual representation of 'voices' of those majority out of the city people.
They don't live life driving on jammed packed roads daily. Paying high tolls everywhere eventhough the roads are still jammed up for the sake of getting home to families if not the caretaker will charge extra for late pick-ups.
They do not have to pay high rental houses or small flats to stay nearer to their workplace, they do not have to pay extra 30 percent for raw food or even cooked food from stalls and restaurants in their vicinity and they obviously won't feel a pinch when their houses were in walking distance to minimart and market or banks in their small teeny weeny little kampung.
And I bet their full tank of petrol can lasts him two weeks or more -- Let me say this to them -- "People like you are the reason why scumbags like Najib and other delusional ministers survived in this country!! "...

If you ever sometimes feels somebody or something is snooping you in private..think again. It might not be your paranoia.
It might be your nemesis...or your wannabes even your secret admirer. But here's the news -- it might be some 'superpower' checking in on you and what you post.

I have been quite very very careful commenting on goings here in this country..(I refused to even spell the country's name just in case ). What more after the latest law had seen some victims having no-escape route to it.
To date there had been more than four person being held by the police because they;

1) snap a photos of an accidents involving some local punks (dead in the accident...yayyy) and published it over the net

2) another one had been (maybe now enjoying) her meals behind bars after she sent WhatsApps messages to her landlord cursing and degrading him because the latter asked her to moved out of the rented house.

Now...don't you think it is so darn easy to get free meals here in this country?...It does.
Thus why I am more than careful here....You see...I have LOADS of things I wanted to tell and write and shoutabout...but I'm practicing 'abstinence' in order for my partner to be able to continue his profession here...hah hah.

Anyway, just one more latest news on our raped privacy via online.

In the US, two senators introduced a bill that would enforce social media firms such as Facebook and Twitter, to warn law enforcement when they detect terrorist activity on their platforms.

They suggested that if they (the companies) become aware of terrorist activity in any form, they have the obligation to report that information to law enforcement.
While they claimed that the companies would not be required “to monitor customers or undertake any additional action” and the bill is not a way to criminalise free speech, I would think it is a sorta handcuffing us in some way or another.

Time And Tide Wait For No Man